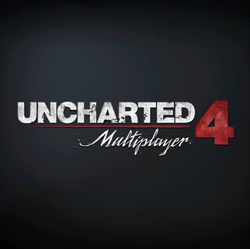 Expansion required
This article is too short to provide more than rudimentary information about the subject. You can help the Uncharted Wiki by expanding it.

The beta launched in Europe a day early, December 3rd, with all other territories receiving it the next day as originally announced.[2] Upon launch, there were issues preventing players from connecting or beginning matches; although said issues were fixed, players who were initially unable to connect to the servers faced long matchmaking times.[3]

Throughout the month of December 2015, Naughty Dog released several patches for the beta.

On December 7th, Patch 1.05.011 was released. It addressed the chronic "white-plug" disconnection issue which also permiated in the Uncharted 3: Drake's Deception multiplayer, increasing the threshold.[10]

On December 9th, Patch 1.06.013 was released to address party splitting and further matchmaking issues. It also balanced the Brute to be less powerful.[11]

Previous to Patch 1.08.015, Daily Challenges only appeared once daily instead of all three challenges refreshing; furthermore, if one challenge was already active, no others would be presented to the player. Relics also rarely spawned. There was also a bug in which players with The Spirit of the Djinn would take no explosive damage. All of these were rectified.[15]

The final patch, released on December 14th, prevented anyone from connecting to the beta.[18]

Three maps were available in the beta:

Rooftops
Add a photo to this gallery

In the Uncharted 4 multiplayer beta, the ranks were called Beta points. These points were leveled by accumulating Cash by playing the multiplayer game modes. The overall Cash was calculated, and once it passed a particular threshhold, the next beta point was unlocked. This is similar to the XP mechanic in the Uncharted 3 and Uncharted 2 multiplayer modes. When players reached a particular Beta point, the maximum of which is 8, they unlocked different weapons, purchasables, and boosters to customize their Loadouts.

Tuxedo Cutter
Add a photo to this gallery

London Marlowe
Add a photo to this gallery

Retrieved from "https://uncharted.fandom.com/wiki/A_Thief%27s_End_multiplayer_beta?oldid=113748"
Community content is available under CC-BY-SA unless otherwise noted.