Mercenaries are an antagonistic faction featured in Drake's Fortune, and a collection of playable Villain skins in the multiplayer mode of Among Thieves. They serve as the main group of antagonists during the second half of Drake's Fortune.

Prior to the events of Drake's Fortune, Roman picked up Navarro from "the gutter" and personally trained him to become a killer and treasure hunter. Roman later hired beggars in South America to become his personal army, and he trained each one of them in much the same way.

Roman was aware that his rival, Victor Sullivan, was close to finding the treasure along with his good friend, Nathan Drake. Roman wanted compensation for money Sullivan owed him.[1] He needed mercenaries to help his excavation of El Dorado, and someone with knowledge of the treasure's history. He chose Navarro as his second-in-command, as he had studied the city's history.

Navarro was made to lead the mission. Unbeknownst to Roman, Navarro had his own agenda, and was not planning on letting him have El Dorado. The mercenaries remained loyal to Navarro, only following Roman's orders on Navarro's word.[2]

It is unknown what happened to the mercenaries after Navarro's death.[3]

Several of the mercenaries appear in Uncharted 2 as multiplayer skins. 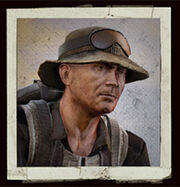 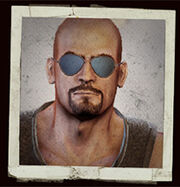 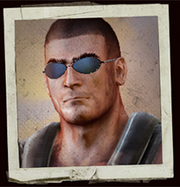 Dillon
Add a photo to this gallery

Retrieved from "https://uncharted.fandom.com/wiki/Atoq_Navarro%27s_mercenaries?oldid=111939"
Community content is available under CC-BY-SA unless otherwise noted.