Edit
Image needed
This article or its infobox is missing one or more images. You can help the Uncharted Wiki by uploading one.

Uncharted 3: Drake's Deception features an online multiplayer mode which allows players to compete against each other via the PlayStation Network. The multiplayer fully supports stereoscopic 3D. According to Naughty Dog, it is "a complete evolution from the initial foray we made into multiplayer with Uncharted 2. The leap forward in gameplay, technology...and depth is nothing short of astounding."

Naughty Dog have said that Uncharted 3 will "compete with the big boys of the online space." [1]

In the original announcement statement of Uncharted 3, it was said that, "Competitive and co-op multiplayer will return as a key ingredient to the UNCHARTED 3 package, where all of the new features we have planned will combine with our signature single-player cinematic gameplay to create a unique action-adventure multiplayer experience." [2]

On the 14th of April 2011, Naughty Dog held an event where they revealed the multiplayer to a group of gaming journalists. The public reveal was held on the 18th of April, when several interviews were shown, along with the official multiplayer trailer.[3]

The public beta was released to all PlayStation Network users on July 5, 2011.[4] Early beta access was available to those who bought inFAMOUS 2 or had a PlayStation Plus subscription. The early access beta went live on June 28, 2011.[5]

At E3 2011, it was announced that Subway customers in America could get early access to the full multiplayer mode in October with special codes on certain products.[6]

Local split-screen for two players is available for players to participate in all modes except Free for All. Both players can log in with their own PSN ID and level up on their own account. The final multiplayer includes a feature that allows a second player to sign in with a second controller as a guest.

Power Plays are features that are activated when a team is losing by a large amount. They provide the team on top with an opportunity to maximize their cash for the match, while evening the odds for the team on the losing end of the equation and giving them the opportunity to close the gap a little.

If, at the end of a match, the scores are "too close to call", the match enters Overtime. This gives the teams more time to win the match by a margin of two or more kills. If this is not achieved, the match will enter Sudden Death, a feature similar to Elimination in Uncharted 2. In Sudden Death all player's name appear no matter where they are or what booster they're using.

If a player happens to be in a glitch, after some time they will die and if one looks at the bottom left corner of the screen it displays "The Multiplayer Gods have smote..."

As with Among Thieves, Boosters will feature in Uncharted 3. The effect of boosters will change with which rank the booster is at. The more a booster is used, the more it will rank up. The higher its rank, the greater it's reward.

Medals are in multiplayer. Once a certain number of medals have been earned, the player can activate a temporary enhancement. For example, the player can spawn an RPG in their hands, or vanish and respawn in a different location on the map.

Players can now customize their characters, with many different types and colors of clothing available for characters like Nate and Sully. Other character skins can be unlocked as well. Players are also given a custom character when they first play. This custom character can be given upgraded gear as they rank up and earn money by either killing enemy players, activating treasure chests or completing goals in game modes.

Weapons can be modified with Weapon Mods, attachments to increase their performance:

Note: No weapon can be modded with both Accuracy and Rate of Fire mods.

According to Naughty Dog, "If you’ve worked with emblem editors in other games, you’ll be pretty familiar with the one we’ve implemented in Uncharted 3. Our emblem editor extends the level of customization of your online profile with hundreds of decals, three layers, rotate and scale functions – you’ll see your final emblem on your character and even possibly in the environment during matches". Your emblem will also appear on the map if you are the top player in the game.

The cinema feature is due to be vastly improved upon, with the addition of new features. Matches are now stored directly to the PS3 hard drive, as opposed to Uncharted 2's online storage system however for an odd reason the camera is inverted vertically so you can only use this control scheme in the beta.

In the retail version, Cinema Mode works exactly like Uncharted 2's, except players can rewind in addition to rewind from the beggining, and one can upload the matches directly to their Facebook or YouTube accounts. Additionally, Cinema Mode in Uncharted 3 is known for freezing your Playstation 3 if you rewind or fast forward.

Videos can now be directly uploaded to YouTube, eliminating the need for capture cards. There is a 90 second limit on video length. The best user uploaded videos will be shown at the bottom right of the multiplayer menu, a feature called Uncharted TV which also shows recent media from Naughty Dog, gameplay of Drake's Deception multiplayer, and user created content.

Allows updates, 90 second match highlight videos, screen shots, and invites to be sent, shared, and received via Facebook from inside the game.[7] According to Naughty Dog co-president Christophe Balestra, "Our goal for Facebook is to really make sure you can interact with your Facebook friends the way you interact with your PSN friends. You can talk to them (and) you can invite them to your party. You are going to see icons of people’s faces and their real names. So right away it is going to feel bigger." This Facebook interaction can lead to the player receiving in-game "gifts."[8]

Naughty Dog have been active post-release by rolling out updates and improvements via patches.

Drake's Deception multiplayer became available to download for free on February 26, 2013. F2P players can play up until Level 15, but after that they will no longer unlock anything nor earn money. Features such as split-screen, higher level caps and co-op must be bought in the store to be played.

On the 5th of June, 2019, Naughty Dog announced that the servers for Uncharted 2, Uncharted 3 and The Last of Us (PS3) would be getting shut down on September 3, 2019. Because of this, new DLC bundles were added to the PlayStation Store which included all DLCs for the three games for free.[9][10] 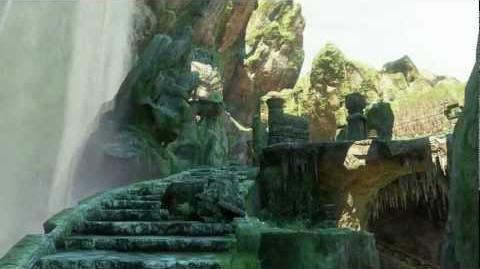 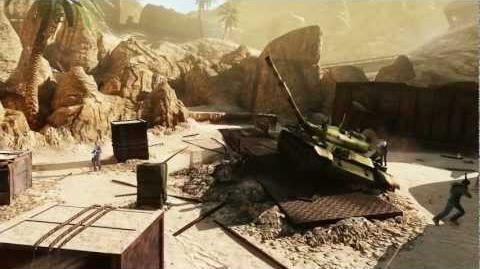 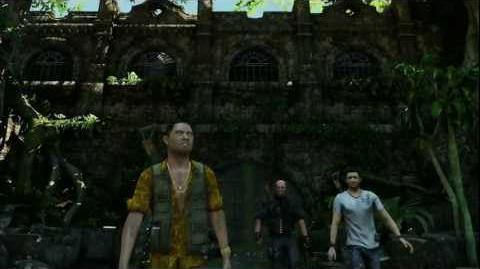 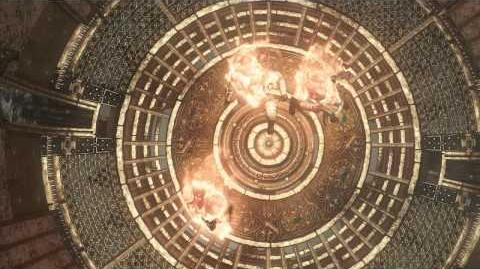 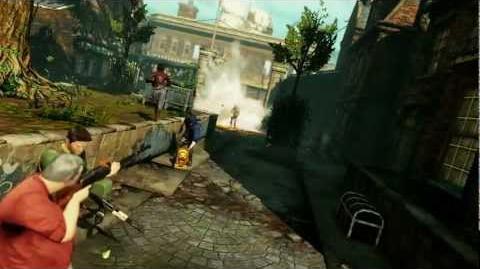