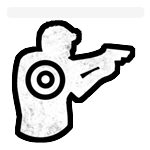 Team Deathmatch (or simply "deathmatch" in Uncharted 2) is a selectable multiplayer gamemode in Uncharted 2: Among Thieves, Uncharted 3: Drake's Deception and Uncharted 4: A Thief's End.

Originally the Deathmatch playlist featured all deathmatch variations that appear in the game. This was changed by Naughty Dog on the 14th of October 2009 when the playlist was restricted to purely deathmatch only with no variations.

Deathmatches feature two opposing teams: Heroes vs Villains. The goal is to score the most kills. The first team to reach a set number of kills wins the match, otherwise the team with more kills after the time runs out wins, meaning the match could end as a tie. The ideal goal of deathmatch matchmaking is five players per team. This will give a goal of 50 kills to win. If only eight players are found, the match will be four players per team with a goal of 40 kills, and if only six players can be found, there will be three per team with a goal of 25 kills. This kill goal also changes during matches if players leave, decreasing to 40 when only eight players remain and 25 if six players remain in the game.

There are several variations of the standard deathmatch gametype. The Deathmatch playlist features only standard Deathmatches with the regular compliment of weapons on the map. The "All Competitive Modes" playlist features three variations, however it also includes other gametypes, each of which are just as likely to be selected. "The Lab" has also featured several deathmatch variations. A complete list is given below:

Variations in "All Competitive Modes"[]

Variations in "The Lab"[]

Variations only available in custom games[]

The following two variations were formerly featured in All Competitive Modes, but were removed by Naughty Dog who replaced them with the former Lab playlists, "No Power Weapons" and "Desert - 5 Shootout." They are currently available in custom games only.

Deathmatch appears in the following playlists:

Team Deathmatch is the main gamemode in Uncharted 4: A Thief's End multiplayer.

Team Deathmatch in Uncharted 4 has been heavily revamped in comparison to Uncharted 3. It heavily mimics Uncharted 2 and goes back to its roots as a more unique multiplayer.

Multiplayer gamemodes in Among Thieves
A Thief's End multiplayer
Community content is available under CC-BY-SA unless otherwise noted.
Advertisement