The Train Wreck is a multiplayer map featured in Uncharted 2: Among Thieves and revamped into Train Wreck for Uncharted 3: Drake's Deception.

This map is based on Train-wrecked, a chapter of Uncharted 2. The map contains numerous destroyed train carriages and snowy rocks. One notable feature is a carriage that lays between a ledge and another carriage, thus forming a bridge.

After some time, a train compartment will slide off the mountainside and knock another compartment car off the edge of the cliff, potentially killing any players in the path or in the train car itself. The exposed ground area reveals a RPG-7 weapon spawn.

As the map progresses, a fierce snow storm becomes more severe, causing all players' view to be affected. This reduces the distance that enemies can be seen at and thus the ability to use weapons at long distances. 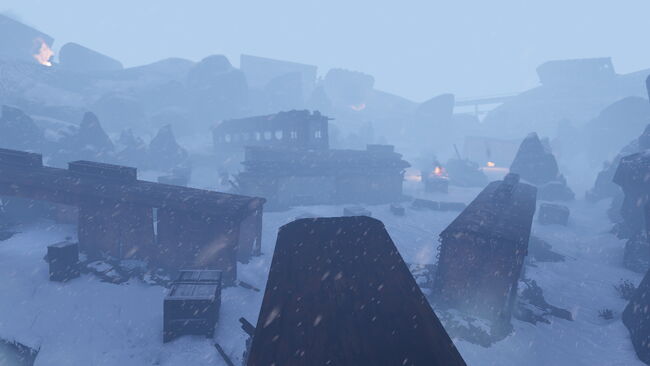 Multiplayer gamemodes in Among Thieves
Community content is available under CC-BY-SA unless otherwise noted.
Advertisement