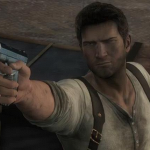 I joined this wiki in October 2010, after being a fan of Uncharted since I got my PS3 the previous Christmas. This wiki was a place I could write (something I've always enjoyed doing) about one of my favourite video game series, and so I was instantly drawn in. After a rocky start (those damn wiki achievements!) I was appointed as admin alongside Klock101, TreatTheSickness and Renatabls and edited more frequently than ever.

In the next year or so I helped prepare for the wiki for Uncharted 3's release, finished off the multiplayer map policy and did a number of other edits in that time. Towards the end of 2012 then-head admin Klock retired and so I took his place, and have retained the position to date. The wiki has been relatively quiet since then and as well as contributing to the image policy, I also saw a whole new admin team be appointed.

Now however, it is time for me to step down. I have greatly enjoyed my time here, but due to personal reasons I don't have the spare time I used to. Please consult my post here http://uncharted.wikia.com/wiki/Thread:3619 if you are in anyway interested in becoming a part of the upcoming new administration team. As of July 2015, I have stepped down as head admin. Please direct any questions to the admin team Elena Fisher, NinjaFatGuy and Raziel Reaper.

You can also find me on...Edit

Retrieved from "https://uncharted.fandom.com/wiki/User:Samuelcd1997?oldid=108420"
Community content is available under CC-BY-SA unless otherwise noted.